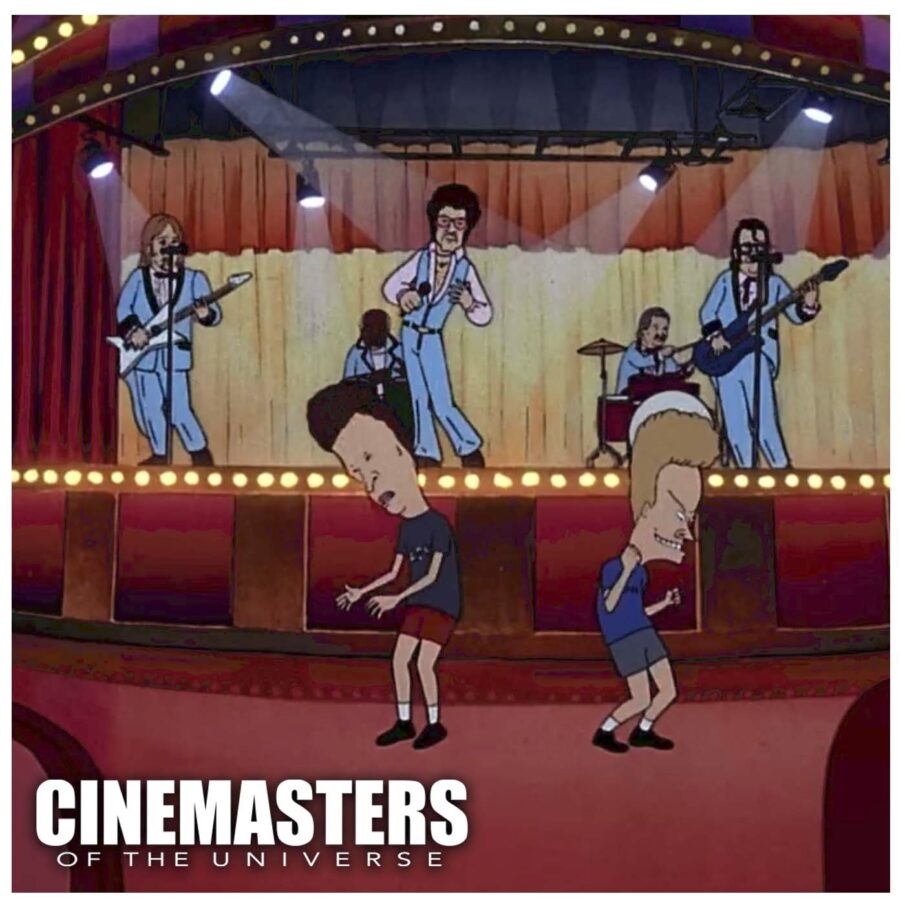 Let’s finish out our month of Fools with Mike Judge’s dynamically dumb duo of Beavis and Butt-head as they “do” America. Charged up with 90’s MTV nostalgia and nary a brain cell between the pair, these animated fools awkwardly giggle through 81 minutes of double entendres in hopes of one big score and a new television set. Add in a bevy of celebrity voices, a Rob Zombie musical interlude and enough cavity searches to bankrupt the American Dental Association and you’ve got a modern classic for the ages. Join our Ron and Adam for one final bout of foolishness in this episode of CINEMASTERS OF THE UNIVERSE!!!

I am your host to the left. In the ancient days when the stirring of the great volcano foretold the coming of the Cinemasters, I prepared the way by imbibing the forgotten lore of all things Cine-magical, hence I am the one who drinks. It is through my liquid merriment that I bind my talents to the other half of our intrepid duo to expertly craft the audio and visual wonderment beholden to the masses via the internets of old. By the secret wisdom handed to me through fluid consumption, our awesomeness is perfected like an electrical shock wave out of the tip of a unicorn horn directly into the aortic valve of your heart where the secrets of the universe are hidden. I am romantically entangled with a wondrous lady whom I call my wife. She has bore me the progeny of a son and a daughter and it is by this offspring that it is possible for me to be a Rad Dad. Everything seen and heard from the Cinemasters is by my hand.
Previous Post 57: Mastering ‘The Jerk’ (1979)
Next Post 59: Mastering ‘Vice Versa’ (1988)