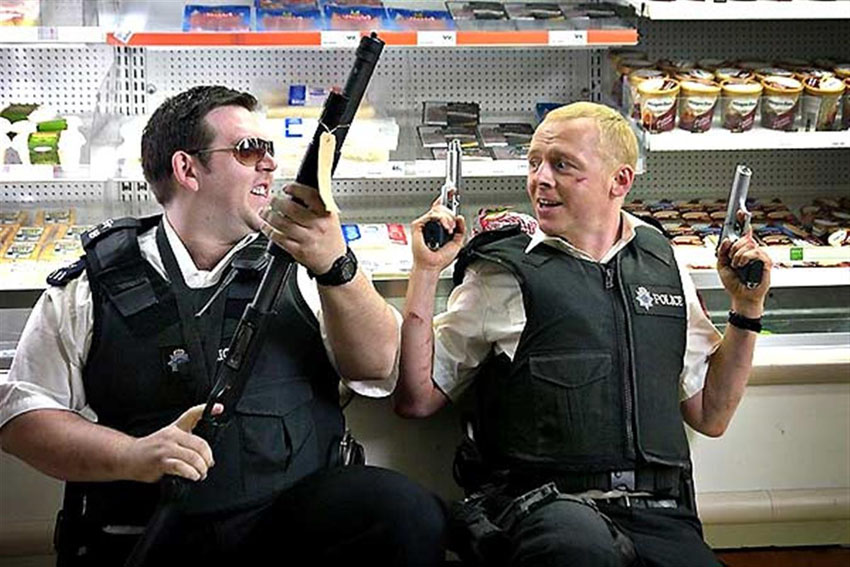 Hopefully this week’s picks finds you doing well given the relatively insane nature of the world we still find ourselves in at this time. This week we did have a brief glimmer of cinematic hope in the form of a sleuthy great dane with a penchant for devouring wildly disproportionate sandwiches while unmasking would be criminals. That’s right, I’m talking about “Scoob!” I’m not going to touch that one here as we may very well have a podcast coming soon with a review but it was nice to see something new grace our screens this week. With that in mind, we have comprised another series of flicks for you to catch if you’re bored with that tiger show and need a moment before you binge “The Office” again.

If you think the quarantine, murder hornets and Australia on fire was a rough way to start 2020, then this film is sure to put things in perspective. In 2002’s “Reign of Fire” a smattering of humanity still exists in lieu of a dragon infestation that has taken over the world. And how do you combat a seemingly endless army of overgrown, fire breathing lizards that can fly through the air? With a crazy, bald Matthew McConaughey, of course. Pair him up with a pre-Batman Christian Bale and things will get all the more interesting. Can this once dystopian society rise up and reclaim the world from these ancient beasts or will civilization be snuffed out for good. Currently not streaming anywhere but as per usual, you can rent it on most platforms for $2.99. Bald Matthew McConaughey is worth three bucks.

The early 2000’s saw a real resurgence of heist flicks. These seemed to reliably pack theaters and 2003’s remake of “The Italian Job” was one of the better and more creative films to come out of this phenomenon. With a fantastic cast of Mark Wahlberg, Charlize Theron, Jason Statham, Ed Norton, Seth Green and Mos Def it was sure to be a hit and this film did not disappoint. Shortly after an epic heist, a double cross leaves the team fractured and seeking revenge. Years later they come back together to claim vengeance for the death of a mentor and set things right. Armed with sleek new Mini Coopers, a product placement that helped put one back in the driveways across America that year, this team has to outrace the bad guys to success. With twists and turns, action and laughs, this film really has it all. Its currently streaming on Showtime through Amazon, otherwise you can rent it in all the standard venues except Apple for $2.99.

There are a handful of names that are synonymous with legendary quirky director Wes Anderson. The Wilson brothers. Jason Schwartzman. And certainly the great Bill Murray. He has been heavily featured in a number of Anderson’s films and his offbeat humor is wonderful in so many ways. 2004 saw a solid leading role for Murray in Anderson’s “The Life Aquatic with Steve Zissou”. As a pseudo Jacques Cousteau of sorts, Murray played the titular character, Steve Zissou. He is an aging oceanographer on the mission to complete his last documentary. Joining the crew on this voyage is Ned Plimpton who believes himself to be Zissou’s estranged son, played by Owen Wilson. The two battle for the attention and affection of a reporter on board their vessel as all manner of hijinx befall the crew on this trek. Not streaming but, and I’ll probably sound like a broken record here, for rent on most platforms for $2.99.

In 2005 John Singleton assembled a group of rough and tumble fellows who were more than just co-stars. They were “Four Brothers” who returned to Detroit after their foster mother is gunned down. Mark Wahlberg, Tyrese Gibson, Andre Benjamin and Garrett Hedlund play the title characters who come home to figure out just what happened to their mother. It doesn’t take long for tensions to rise and violence to ensue. How far deep does the conspiracy go that leads to the unlikely murder of a local hero that was the mom to these four unlovable boys? You can be sure that these boys will punch their way to all the answers they need to avenge their mother’s death. Again, unfortunately not streaming but you can get a rent for that $2.99 price point in all the regular spots.

After an 8 year gap in their employment together, Spike Lee and Denzel Washington reunited in 2006 to bring a different kind of heist thriller to the big screen. “Inside Man” pitted Clive Owen again Denzel in a bank heist stand off that is just as peculiar as it is intricate. There are several twists and turns that bring Christopher Plummer and Jodie Foster into the mix as well as this standard bank job gets turned on it’s side. And the longer the hostage situation lasts, the more Denzel digs and the wider the conspiracy begins to grow. As Owen instructs in the beginning of the film, you’ll do well to pay very close attention to his words and the goings on in this movie if you’d like to stay one step ahead of the plot. Streaming on DirecTV and Starz on Amazon, you can stream it cheapest on Redbox for $2.99.

The second leg of the Edgar Wright helmed “Cornetto Trilogy” is our final entry on the list. 2007 brought Simon Pegg and Nick Frost back together again to the multiplex. This time they wouldn’t be fighting zombies but an equally formidable foe in the form of crime. That’s right, “Hot Fuzz” rounds out this week’s Staff Picks. Nicholas Angel played by Simon Pegg is the super cop who puts all of London’s finest to shame both in his crime fighting ability and penchant for rule following and paperwork accuracy. As a “promotion” he is reassigned to the nearly crime free town of Sanford. It is here that he teams up with Danny Butterman (Nick Frost). Butterman is obsessed with cop action movies and has a thirst for hero justice. However, there’s never ANY action in Sanford. Until Angel and Butterman start connecting all the “accidents” in town in a criminal plot they never imagined was possible. Currently streaming on Starz and DirecTV, you can also rent this one for the lowest price of $2.99 on Redbox.

So that’s our list for this week. As always, our hope is that one or more of these flicks strikes your fancy and either brings back a fond memory that makes you want to watch it again or entices you to watch one of these for the first time and provides some level of enjoyment that you had previously not known. There’s nothing overtly special about these movies. We just both enjoyed them enough to endorse them as something you should check out in the middle of this quarantine mess. We’ll be back again next week with another crop of flicks for you to enjoy. Until then, I’ve been your Cinemaster to the North, Adam Peterson. I’ll catch you on the flip side.

First off, you have to call me Nighthawk. Hopefully you know the reference but definitely respect the moniker. (Its from Step Brothers, btw) I am your host to the North of the Cinemasters. Forged deep within the belly of a drunken volcano struck by lightning from a passing comet during the autumnal equinox, the Cinemasters were cast into existence to bring awesomeness to the realm of movie discussion to all who would gather to listen. I am the knowing things half of our namesake and I do my best to guard the sacred truths and trivia of all the movies I have watched through the years. I am a father to two righteous dudes, ages 5 and 7. When not siring them in the ways of Cinema I am absorbing as much film exposure and knowledge as I can so to bring you fine people my offerings of the written word. Ryan Reynolds is my North Star in all things filmtastic and I pledge to give you the finest commentary written and spoken I can Cine-muster.
Previous Post 41: 20 of Adam and Ron’s Most Memorable Movie Quotes
Next Post 42: WHAAAT???? You Haven’t Seen: (Butch Cassidy and the Sundance Kid/Sixteen Candles)