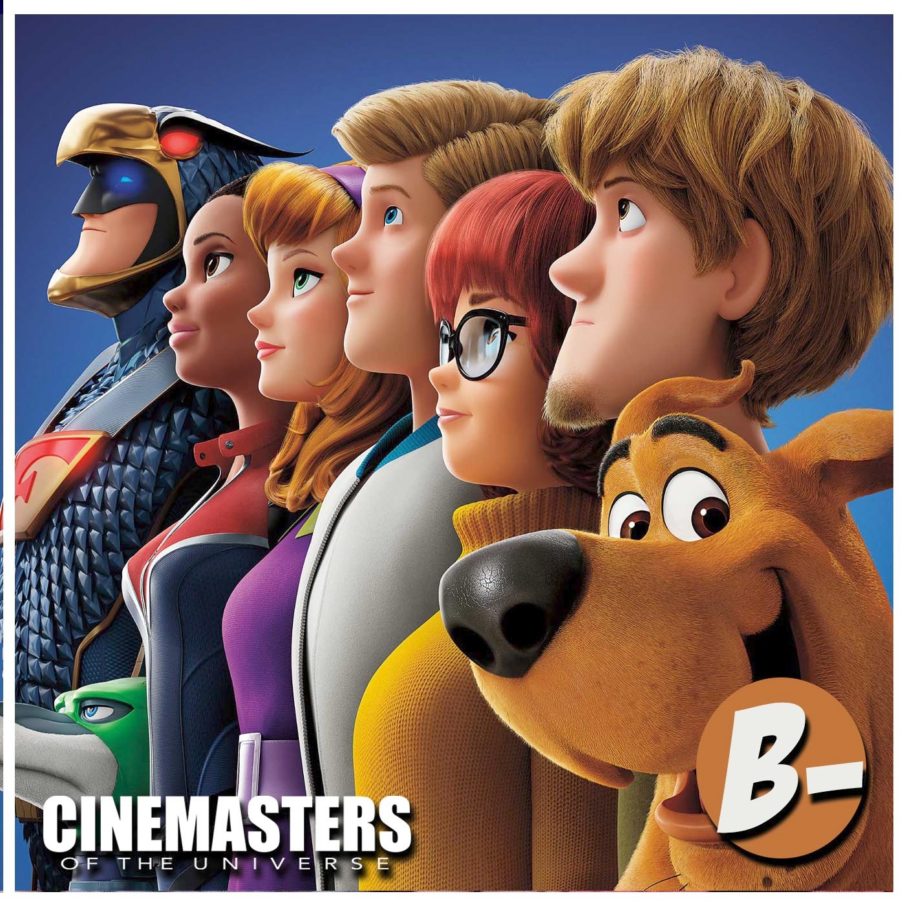 Hey again there Cinemaster fans. We’re back with a different sort of program in these different kinds of times. In keeping with our updates on the Cinematic State of the Union we figured we would take on a review of the recently released on VOD Warner Brothers animated film “Scoob!” Its the latest iteration of a multi-decade franchise that generations have come to love of four teenage friends and their lovable pup mascot who have hit the big little screen once more. Ron and Adam were both able to take this new release on as it was first released and are giving you their thoughts on it. There may be a spoiler or two about some of the aspects of the film but the review is chock full of all sorts of wonderfulness. So be sure to tune in for this very special take on all things Scooby Dooby Doo in this episode of the CINEMASTERS OF THE UNIVERSE!!!

I am your host to the left. In the ancient days when the stirring of the great volcano foretold the coming of the Cinemasters, I prepared the way by imbibing the forgotten lore of all things Cine-magical, hence I am the one who drinks. It is through my liquid merriment that I bind my talents to the other half of our intrepid duo to expertly craft the audio and visual wonderment beholden to the masses via the internets of old. By the secret wisdom handed to me through fluid consumption, our awesomeness is perfected like an electrical shock wave out of the tip of a unicorn horn directly into the aortic valve of your heart where the secrets of the universe are hidden. I am romantically entangled with a wondrous lady whom I call my wife. She has bore me the progeny of a son and a daughter and it is by this offspring that it is possible for me to be a Rad Dad. Everything seen and heard from the Cinemasters is by my hand.
Previous Post 42: WHAAAT???? You Haven’t Seen: (Butch Cassidy and the Sundance Kid/Sixteen Candles)
Next Post Staff Picks 6/1