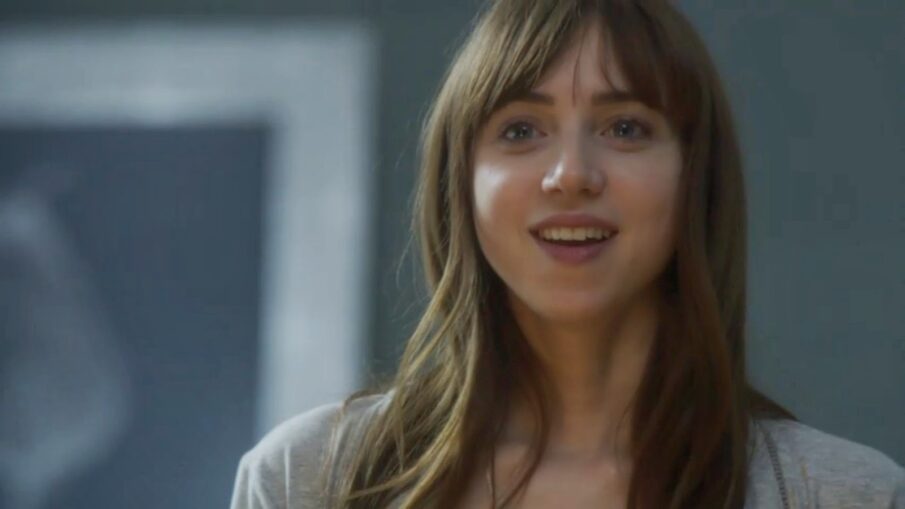 For every time that I hear “WHAT? You haven’t seen _______??” with something that is well known in the main stream world of movies, there’s all kinds of flicks that come my way through one means or another that aren’t on anyone’s radar. This is one of those movies that came my way via a very special friend of mine. I picked it up a while ago on that recommendation and finally got around to watching it this evening. Since you’ve probably never heard of it, I’ll give it a little bit of a run down for you. It’s a 2014 drama written by famed nerd hero Joss Whedon. The cast is rather unassuming with faces you might recognize from here or there but names that would escape you. It’s an indie film of the 21st century in that it has a $1M budget. It’s well executed. It’s the kind of movie you’d probably pass by on a major network because you don’t recognize any of the players but that would be a mistake. It’s a really remarkable little film.

I know it’s several years old and that’s typically fodder for a full reveal on the plot when it comes to a write up. But because this is one of those gems you find off the beaten path I won’t delve too far into all the plot lines, though it’s not terribly difficult to predict some of the broader strokes. While many times I’m prone to writing about bigger films and I have a bent towards action and comedy, I’ve always said there’s no genre beyond my reach and that definitively includes what would be considered “Chick Flicks”. While this one is far from a standard Rom-Com, there are elements that stand to be easy to spot. But there are some very interesting little twists to the film that make it also quite different than the standard fare. Whedon is both prone and quite apt to juxtapose traditional film tropes with his particular brand of spin that keeps things interesting. From early cult hits like his TV runs with Buffy the Vampire Slayer and Firefly all the way up to major franchise blockbusters like the first Avenger’s movie and even his hand in the original cut of the DC “Justice League”, he’s all over the map and tends to be a reliable name when it comes to unique ideas fleshed out on the big screen.

This film centers around our two main protagonists, Rebecca and Dylan. We open with them as children, establishing they are in two very different places. Dylan is arriving at school and Rebecca is preparing to sled down a snow covered hill. All of a sudden we see their collective perspectives merge and Dylan sits shaking at his desk as he is gliding down the hill mentally just as Rebecca is physically. Clearly there is a connection between the two of them that is most definitely of the supernatural variety. We then flash forward to the present day where they are both adults in their early 30’s. Dylan is eeking by in life as an ex-con working at a charming little car wash somewhere in Who-Gives-A-Crap, New Mexico. Rebecca is a particular brand of “kept” spouse to Dr. Phillip in beautiful Exeter, New Hampshire. (No Relation I can find to the Exeter from “This Island Earth”, MST3K friends) We get just enough scenery and dialogue to have a fair perspective into each of their lives and see pretty much where things are at for each of them.

We flash forward just a bit to where we have another incident where this time an event happens on Dylan’s end and is echoed out through a very strange occurrence on Rebecca’s end. We’re starting to understand some of the nuance of their connection but it’s still unknown to each of them at this time. I appreciate that the film doesn’t expect the viewer to understand exactly what’s going on like the trailer sets everything up and if we missed it then we’re in the dark. But they also don’t draw things out too long and make us wonder what’s going on with these two. Shortly after this second event we find Dylan racing into work as Rebecca is out casually shopping in her quaint New Hampshire town. This time their overlap is a bit more pleasant as it starts with the song on Dylan’s truck but is followed by him seeing exactly what Rebecca is seeing and vice versa. This is where we cue the freak out. Screeching tires on the side of the road and a slight mental breakdown inside a boutique shop lead our two protagonists to begin an audible conversation with each other. Between the shared dialogue as well as the visual effects of how each reality manifests itself in cascading foreground and background, it doesn’t take long for Dylan and Rebecca to realize this isn’t some voice in their head or perhaps an alien/ghost trying to take over their mind. They are audibly conversing with another tangible human person somewhere else on the planet. If you remove the letters and the time travel, you’ve got a real “Lake House” vibe going at this point.

This is where I really like how the film takes flight. It opens up a lot of questions for you to examine as you enjoy these two storylines weaving in and out of one another. The two realize rather quickly that this is not a new development but one that has been cerebrally percolating for decades now. They spend a bit of time introducing themselves to one another and confirming some shared plot points in their collective history together. It’s very different than anything you’d typically come across in your standard romantic movie, at least in my estimation. And while the twist is of the far-fetched variety, it still has a subtle sweetness to it that makes it seem considerably more accessible than something like time traveling mail. What if you had a new friend a whole world away that only you could talk to whenever you wanted? It’s a very interesting proposition as the two take turns butting into each others lives. It’s also a curious assessment of how we live when we think no one is watching. All of a sudden, Dylan and Rebecca have a far more intimate audience to the good, bad, and ugly in each of their lives and while much of it is ripe for flirtatious ribbing, some of it does a more than fair job of establishing just how much each of them has to lose and how close they are to losing it. While this is the case for the viewer and assumedly for our newly established on screen couple, neither of them seem particularly bothered at what this new relationship could cost them.

The other part of this that I really enjoyed was how they started as friends. It didn’t force you to assume they would be instantly in love. They built a real connection off of genuine chemistry they clearly had. Each of them had existing romance in their lives. Dylan had Donna who frequented the same local watering hole and had her eye on him and Rebecca was semi-happily married to Phillip. And while they play nice when it comes to these relationships initially, the two cannot help but become increasingly smitten with each other while their connection continues to grow. Eventually all of the factors that would have helped both of them simply stay friends begin to fade. Distance, opportunity cost, marriage. These all go by the wayside as some rather harrowing drama unfolds as a catalyst for our finale.

This film is an interesting take on some very familiar ideas but with some truly fascinating turnabouts that keep things fresh. There’s inspired writing that has varying brands of comedic relief, some of which are subtle and others quite dry and sophisticated. Though the actors are not particularly well known, with maybe the exception of a small supporting character played by Jennifer Grey, the roles are well cast and believable. The pacing is on point as the film never really feels like it lacks in direction and keeps the viewer engaged throughout. Especially towards the end there are some really well shot scenes and accompanying score that add considerably to a few action notes as well.

This film is a departure from a lot of things I would consider common. And the chemistry between Rebecca and Dylan is embodied and palpable. They’re easy to root for as they belong together. Phillip is a man who was once everything that Rebecca dreamed about but had long since lost his way and only viewed her with what borders on tolerable contempt. They have only one or two moments where you feel like they even know each other. And despite her best efforts to keep whatever they had alive, it’s clear that their flame has been blown out. And though there’s a newness to Rebecca and Dylan that seems impetuous, there’s a depth of connection that runs decades back like they were literally made for each other. When we scroll back through their legacy of moments they didn’t fully understand in real time but unpack in the present, it just lends itself to a much deeper connection than they ever knew. It was as though they had been in love since they were only children and the timing simply hadn’t been right until this particular now.

Unfortunately with a movie like this being as under the radar as it is, it’s too under the radar. When searching for it on JustWatch.com I came up empty on resources for where to watch it, streaming or rental. Additionally, the cheapest I could find it on hard copy is $9.17 on Amazon on DVD. So this one is considerably off the beaten path but I do highly recommend it if movie’s like this are in your wheelhouse. It’s a lovely little story with some unexpected meandering in ways that are deftly displayed on screen. From the writing and directing to the acting and even the music, score and soundtrack, the film is a win through and through for me. If you have the chance to catch it somewhere I strongly encourage you do as this will be one that has considerably re-watchability in my estimation. So that’s my take on this fun little fantasy romance flick that I just happened upon in a recommendation from a very special friend of mine. So that’s at least two votes for this one. So until the next flick I review, I’ll catch you on the flipside.

First off, you have to call me Nighthawk. Hopefully you know the reference but definitely respect the moniker. (Its from Step Brothers, btw) I am your host to the North of the Cinemasters. Forged deep within the belly of a drunken volcano struck by lightning from a passing comet during the autumnal equinox, the Cinemasters were cast into existence to bring awesomeness to the realm of movie discussion to all who would gather to listen. I am the knowing things half of our namesake and I do my best to guard the sacred truths and trivia of all the movies I have watched through the years. I am a father to two righteous dudes, ages 5 and 7. When not siring them in the ways of Cinema I am absorbing as much film exposure and knowledge as I can so to bring you fine people my offerings of the written word. Ryan Reynolds is my North Star in all things filmtastic and I pledge to give you the finest commentary written and spoken I can Cine-muster.
Previous Post 61: Mastering ‘License to Drive’ (1988)
Next Post 62: Mastering ‘Jurassic Park’ (1993)