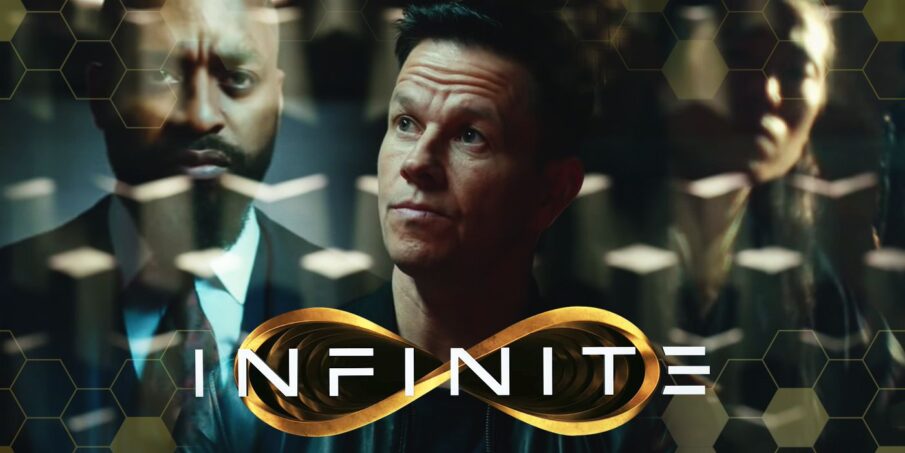 I suppose re-introductions might be in order. I’m not particularly sure how the rules of etiquette dictate this situation, per se. It’s been a good while since I’ve done this but I’m pretty sure it’s like riding a bike in the fact that one of us might need a helmet. Around these parts they call me “Nighthawk”. Sure, it’s a badass name that makes it sound like maybe I fight crime in the darkest hours that even the moonlight cannot touch. But I don’t do that at all. Because in those hours I’m probably watching movies so that I can write about them on the internet. That’s also a really important thing. What would you do if there wasn’t someone like me on the internet giving you a singular perspective on a movie? What are you going to do otherwise? Listen to Roger Ebert? Well let me tell you something, this movie isn’t about any pig in the city so I’m the best you’ve got. That’s probably an overstatement but still, I’m all you’ve got. Actually that’s also not true. But if you’re reading this then I’m the one you’ve got presently and that’s good enough.

Now that we’ve got that out of the way I do want to tend a little more housekeeping before I jump into the meat of this thing. First thing I want to acknowledge is that I’m a big fan of Mark Wahlberg as well as director Antoine Fuqua. I don’t want to sour things before I’ve necessarily gotten started but I do feel that it’s important to note that both of these men are gifted, skilled men of their craft and I do have tremendous respect for the both of them. I love the institution of film and have nothing but admiration for the rest of the cast of this film as well and the crew from AD’s all the way down to the best boys and craft services who helped put it together. Movies have always been something I’ve loved and from the best experiences in cinema down to films too horrid for Rifftrax to touch them, they are an institution that I believe in whole heartedly. They provide an escape from reality and at the same time can give us insight into the very things that make us human in our waking day to day life. They can be fun, thrilling, terrifying, sad and just about every possible emotion in between. What it all boils down to is I love movies. That being said…I did not love this movie.

“Infinite” is the latest film to debut on a streaming platform that was originally intended for a theatrical release. It stars the aforementioned Wahlberg in the starring role opposite Chiwetel Ejiofor and was directed by Antoine Fuqua. Out currently on the Paramount Plus streaming service as of June 10th, this sci-fi romp is about characters who employ reincarnation as a mechanism of perpetual existence. These people are broken into two warring factions, the “Infinites” who believe their gift should be collectively used to better the course of mankind and the “Nihilists” who seek to end the world. The film finds our protagonist, Evan McCauley (Wahlberg), eeking through life while believing he is suffering from hallucinations. These dreams and visions are the corrupted memories of past lives he’s led. Bathurst, the film’s antagonist, is played by Ejiofor. He seeks to end all of human life through a device that will do so simultaneously, thereby preventing the act of reincarnating as there is nothing to come back as in said lack of existence. As you can imagine, this bums out the “Infinites” so they try and keep this from happening.

So you’ve got good guys trying to help Wahlberg remember his memories when he was Dylan O’Brien from the opening sequence of the movie, which was actually one of the most exciting parts of the whole movie. It reminded me a lot of the opening to “6 Underground”, a Netflix original film with my personal favorite, Ryan Reynolds. The car chase that ensued through Mexico City was well executed and compelling. Ultimately it set up this “Come find me” sentiment that bleeds over into the bulk of the film. Only problem is that McCauley has no recollection of his past, specifically where the “egg” is that’s needed for the bomb to kill everything that the bad guys want. So we go on the typical video game pursuit of meeting people and going places to locate said egg.

I don’t really want to get into a breakdown of the whole film because it’s kind of not worth it in the end. I don’t really want to hate on this whole movie but if anyone was surprised this ended up on a streaming service instead of a big screen, even on the heels of pandemic that’s JUST starting to subside in many ways, you’ve got to be delusional. I’ve seen Wahlberg and Fuqua do great things. “Shooter” is an AMAZING movie. I probably watch it at least a couple times a year. The characters are compelling, the writing is excellent and the action sequences are epic. There’s hardly anything from Wahlberg’s character that’s any kind of exciting until we get to the finale of the film. It’s either a lot of flat acting and explanation that goes nowhere interesting or just sciency stuff that you can’t actually care less about. There really isn’t even a decent progression through the growth of McCauley as our main character. He resists the idea that reincarnation exists at first. Then he just sort of resigns himself that it must be true but he still doesn’t remember who he is. Then we get to an event where that changes and then we get a half-hearted finale where everything you’d expect happens. Even for standard fare its lackluster which is really disappointing.

I know every movie that every actor and director makes isn’t always going to be amazing. Everybody has an off day. Wahlberg has been a little unreliable in the last few years as to the project’s he’s been involved. Coming off of “Spencer Confidential”, another Netflix original that I LOVED, I had high hopes for this. It sort of appeared out of nowhere as the first trailer I had seen for “Infinite” debuted a couple weeks ago. Really the last substantially decent movie, both critically and financially that Wahlberg did was “Patriot’s Day” back in 2016. He and Peter Berg, longtime filmmaking friends, really struck a chord with the Boston epic centered around the marathon bombing from several years ago. They’ve even worked together since then in the 2018 vehicle, “Mile 22” which did not garner much favor, though I still thought it was much better than this film.

Fuqua has been less present in years past only having “The Equalizer 2” and “Magnificent Seven” as his big screen entries since 2016. Though his quantity has been less, I will say the quality of these films has been much more solid. He’s a director I have trust almost exclusively since he made his most resounding foray into big screen directing with “Training Day” back in 2001. It was not his first work but certainly his most notable up to that point. And he’s had a couple films since then that might not have landed as well as others but he’s been a pretty reliable name when it comes to directing. If Antoine Fuqua’s name is on the bill, I’m apt to put it on my radar and ensure that I’m able to consume it in some fashion either on the big screen or at home. Visually he’s a great story teller and his framing in suspenseful action films is impeccable. I know “Infinite” reads a little more science fiction than his standard work but I figured it would still be in line with his other films. As much as I’d like to excuse some of the missteps, it’s just a big ball of who really cares at the end of it all. And that’s very disappointing to say.

I always really hate speaking ill of films because I feel like so often there’s something of merit worth noting. And at the end of the day, the people involved in this project, pass or fail, have still endeavored something much loftier than sitting at a computer screen, critiquing other people’s work. So I do take that into consideration when denoting the unfortunate nature of this film. But those caveats in place, I still cannot endorse this movie because it is supremely unimpressive. The story is flat. The acting is uninspired. The characters, even if you wanted to TRY and care about them, are stale and unimpressive. Honestly if I hadn’t looked up the two main character’s names, I could not have told you who they were and I just finished watching this film a few minutes ago. Science fiction can be a genre that I don’t always find myself loving across the board. So that may be a reason that this didn’t work for me but with genuinely capable people at the helm of it, I was truly expecting much more than what I got.

So in the end, I have to say that if you were thinking of getting Paramount Plus to watch this flick, you might want to pass. And that’s taking into consideration there’s a 7 day free trial as well. It was the right decision to stream this instead of watching it flail at the box office, especially alongside the upcoming “Hitman’s Wife’s Bodyguard” which officially opens next Wednesday, the 16th. I’ve already seen an advanced screening of it and I know I’m biased but it’s a genuinely amazing film that somehow outdoes the original. It’s got much more compelling action and the story is really well executed. “Infinite” would have drowned at the box office even with the names Wahlberg and Fuqua attached to it. Hopefully since both of them have more projects currently in the works we will see something more interesting in their next outings. That’s all I’ve got to say about this flick. I’ll catch you on the flip side.

First off, you have to call me Nighthawk. Hopefully you know the reference but definitely respect the moniker. (Its from Step Brothers, btw) I am your host to the North of the Cinemasters. Forged deep within the belly of a drunken volcano struck by lightning from a passing comet during the autumnal equinox, the Cinemasters were cast into existence to bring awesomeness to the realm of movie discussion to all who would gather to listen. I am the knowing things half of our namesake and I do my best to guard the sacred truths and trivia of all the movies I have watched through the years. I am a father to two righteous dudes, ages 5 and 7. When not siring them in the ways of Cinema I am absorbing as much film exposure and knowledge as I can so to bring you fine people my offerings of the written word. Ryan Reynolds is my North Star in all things filmtastic and I pledge to give you the finest commentary written and spoken I can Cine-muster.
Previous Post 60: Mastering ‘Drop Dead Fred’ (1991)
Next Post 61: Mastering ‘License to Drive’ (1988)