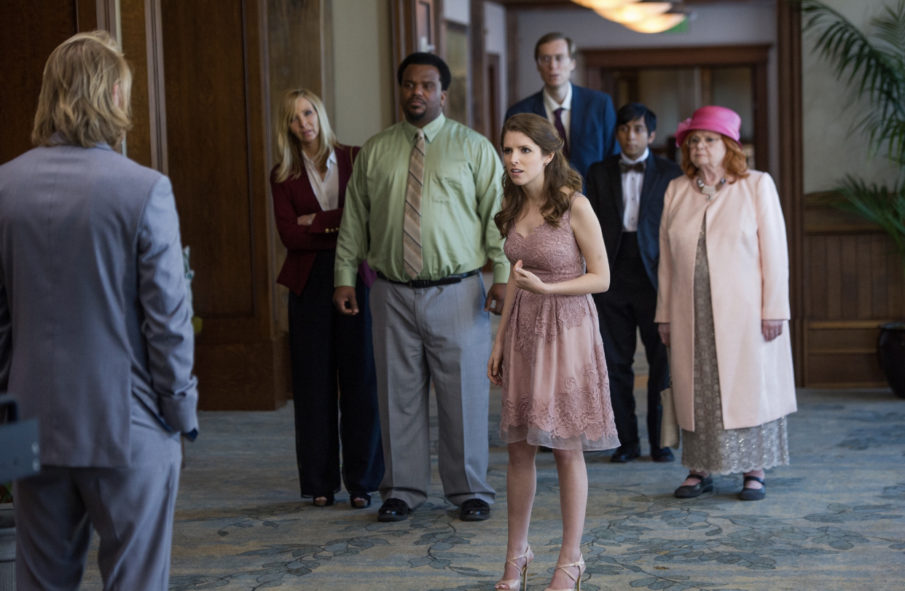 Well this is a little overdue but as many have said, better late than never. So we’re back again with another dose of movies you might be interested in checking out since now I’m pretty sure people don’t want to leave their homes because everything everywhere is just on fire and upside down. And in times like that its always a great idea to stay in, stay safe and watch some movies. So here’s this week’s batch of movies to enjoy.

I don’t know that you can ever go wrong by adding a Gyllenhaal to something. That’s just words to live by. Be it Maggie or Jake, either one will more than likely elevate whatever you’re going to do. And if you’re already starting out with a healthy dose of James Spader, you know you’re getting something pretty great. In 2002, before we had 50 Shades of Grey there was “Secretary” featuring the two aforementioned superstars. Its that blend of comedy and sexuality that goes beyond a Porky’s or an American Pie flick and gets involved in more adult natured relationship minutia like when you put a riding saddle over the back of your administrative assistant, that old chestnut. While the nature of much of the film is a bit racy, its that humor that ultimately prevented this picture from making our “Erotic Thrillers” episode. According to justwatch.com, a site we use frequently in Cinemasters affairs, this flick is streaming on something called realeyz. I’m not sure what that is but you can also give it a rent for only $1.99 on Redbox.

Next up is another quirky comedy featuring two fantastically funny fellas. Jason Segel and Ed Helms find themselves in a very indie comedy “Jeff Who Lives at Home”. Written and directed by the Duplass brothers, this film finds Segel as a hapless layabout, wasting away in his mother’s basement. Looking for meaning in life he makes his way through a series of unfortunate but humorous altercations that cause him to cross paths with his older brother Pat, played by Helms. Successful in life but failing in marriage, Pat is joined by his brother in a parade of mishaps as they trail his cheating wife in hopes of some sort of positive outcome. There’s plenty of laughs and some real heart to the story that makes it the perfect slice of life that hits you in the best kind of way. This one is streaming on a number of services including Amazon Prime, Tubi, Crackle and CBS on Amazon. You can also rent it across the board for $2.99 if you like.

Ben Stiller is really great at playing losers. He’s usually some kind of likable but he’s just got that born loser air about him that puts him perfectly cast as the titular Walter Mitty in the film “The Secret Life of Walter Mitty”. Stuck in his own little world of mundane complacency, Mitty craves adventure and love. Mitty spends his days surrounded by pictures of the most amazing places and people around the world working at Life Magazine. He manages the negatives of world renowned photographer Sean O’Connell. And even though Kristen Wiig’s character Cheryl Melhoff works in the same office, she might as well be halfway around the world when it comes to Mitty’s ability to attempt to woo her. Suddenly adventure finds Mitty as he needs to find a missing negative that takes him on a mysterious journey to track down O’Connell and procure the missing negative. There’s real fun, great adventure and heartwarming growth as you see Walter Mitty become his own adventurer in this film. Presently not streaming anywhere, you’ll have to settle for a rent at $2.99 on Microsoft and Redbox.

In keeping with the tradition of awkward but lovable protagonists we fix our attention on a film from just last year. What if all of a sudden one part of the public’s collective knowledge was zapped out of existence and you were one of a very small number of people who remembered it? What if you woke up tomorrow and nobody remembered Pepsi or cigarettes were even ever a thing? What if it was The Beatles? Well that’s what happens in the 2019 film “Yesterday”. Jack Malick is struggling to make it as a singer/songwriter. Then one day a strange event happens and the world blacks out for a few minutes. When he wakes up in the hospital after a nasty bicycling accident, he eventually realizes that no one in the world has any recollection of The Beatles. So he writes down all the songs and by happenstance he gets an audience with Ed Sheeran and before he knows it he’s an overnight sensation. All of a sudden his dreams are realized. But what if he didn’t know that having it all meant missing out on the woman you loved? He’ll have to negotiate that in this delightfully thoughtful film. Currently streaming on Amazon Prime, all the HBO’s and DirecTV, you can also rent it on Amazon for only $0.99!

Anna Kendrick is my absolute favorite. I think she is the definition of amazing in just about every sense you can apply it. She’s charming and witty and talented and gorgeous. And despite all her positives, she’s great at playing a dork. In 2017 she found herself at the losers table in the film “Table 19”. Slated to be the maid of honor in the wedding, she is dumped from that job and her boyfriend, the best man shortly before the wedding is to take place. Filled with gumption to still attend the ceremony, she’s outcast to the table with all the people they didn’t know where to put them. But it turns out that this band of miscreants are just what they all really needed to find their way back from what’s holding the down in life. It’s a sweet romantic comedy about what happens when you decide not to give up and keep on going even when inspiration comes from some very unlikely places. This one isn’t currently streaming anywhere but you can rent it for $2.99 on Microsoft’s rental platform.

Finally rounding out this week’s picks is a movie I happened upon a little while back. I don’t care what movie it is and if it’s home video or the theater, I always watch the trailers for this very reason. In 2017 Woody Harrelson play the character Wilson in the film of the same name. Its based off a graphic novel and is refreshingly funny in a bluntly honest fashion. Wilson is attempting to cope with the meaninglessness of life as he sees it and he doesn’t hold back. After finding out his ex-wife gave a daughter he never knew about up for adoption 17 years prior, he goes on a journey to reconnect with both his ex-wife and their now teenage daughter. All the while, Wilson tells it like it is and gets himself and those around him into a good amount of trouble. It is an offbeat comedy but the laughs are frequent and deep. This one unfortunately is not streaming anywhere presently but you can rent it on Microsoft and Redbox for $2.99.

That wraps up another week of picks from our Cinemaster staff here on the internet. We do hope you are enjoying some of these films. We continue to try and bring things you might not have seen or maybe even heard of when it comes to new movies. We know not everything is for everyone but we do have our fingers crossed that these recommendations are finding their way pleasantly into your homes and we’re building a silent rapport so that you’ll find even more flicks to check out the deeper you go with the Cinemasters. So I’ll leave it here but be back again in shorter order than last time with a new round of movies to enjoy. As always I’m your Cinemaster to the North, Adam Peterson and I’ll catch you on the flip side.

First off, you have to call me Nighthawk. Hopefully you know the reference but definitely respect the moniker. (Its from Step Brothers, btw) I am your host to the North of the Cinemasters. Forged deep within the belly of a drunken volcano struck by lightning from a passing comet during the autumnal equinox, the Cinemasters were cast into existence to bring awesomeness to the realm of movie discussion to all who would gather to listen. I am the knowing things half of our namesake and I do my best to guard the sacred truths and trivia of all the movies I have watched through the years. I am a father to two righteous dudes, ages 5 and 7. When not siring them in the ways of Cinema I am absorbing as much film exposure and knowledge as I can so to bring you fine people my offerings of the written word. Ryan Reynolds is my North Star in all things filmtastic and I pledge to give you the finest commentary written and spoken I can Cine-muster.
Previous Post 43: Scoob! Review
Next Post The Streaming Boonies