One Matinee Ticket for Coronapocalypse, Please 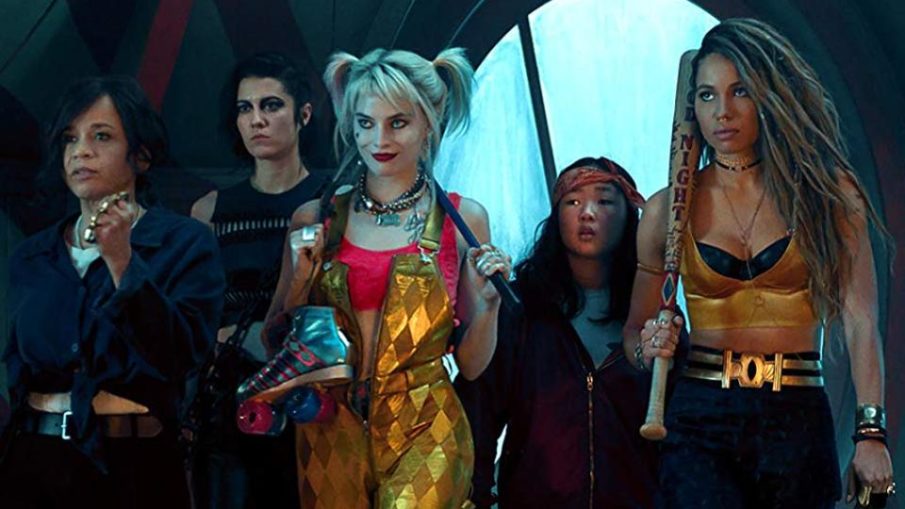 So things are a just a smidgen nuttier than the cumulative total of all rejected goodies from a 3rd grade bake sale right now. Everybody is stuck inside. Celebrities are flooding social media with videos pining for our collective attention. Its a very weird and rare time to be alive. And amidst all the anxiety ridden, panic inducing, toilet paper hoarding fury we are finding a new way of life for the time being as well as erasing and rewriting the horizon for where we will fall when some semblance of sanity and normalcy return to what we call our daily lives. In the middle of this crazy tornado of emotion and turmoil, where can we turn for some modicum of comfort? Is there a venue that will provide solace while we weather this storm? I would submit that one of my favorite strongholds is precisely the place for us to turn our congregational gaze to find rest, the silver screen.

I’ve probably spent the better part of my adult life in the continued embrace of the cinema. Whether its heading off to a brick and mortar building to watch or rent a movie, or popping in a classic at home, its the remedy for just about any ailment. Have a bad day at work? Why not let Will Ferrell cheer you up. Feeling a bit nostalgic for the days of a bygone era in your life? Take a DVD trip to the old Sandlot and make a s’more. Whatever the diagnosis turns out to be, there’s probably a movie readily available for prescription to chase away what ails you. And while that sentiment definitely still holds true in our current climate, the virus, in more ways than one, is very different and the symptoms are changing the proverbial game in major ways.

I honestly don’t really know what day of quarantine we are presently in at this very moment. To be honest I’m having a bit of trouble remembering the date without checking my phone or really thinking about it. Essentially the way of life I knew just a few weeks ago has halted before my very eyes in ways I’ve never witnessed. There’s a real pull for it to scare me but the resolve has to be deeper. It’s easy to lean on the power of positive thinking or pithy little posters meant to keep our spirits up in uncertain times. But resolve isn’t something you just manufacture to chase away the peripheral shadows trying to darken our days. Resolve can be a great many things. Resolve is a kind word to a stranger that brings a smile. Resolve is a helpful (recently washed and heavily sanitized) hand in the right time to make somebody else’s load a little lighter, if even for just that extra mile. Whatever form or fashion we choose to identify exactly how resolve carries us on to the next stage, we have it. But as a Cinemaster I’m sitting here right now and I’m very curious what the next stage my magical world of motion pictures will look like in the rear view mirror of this current trial. I suppose I should look around and examine the changes that I’ve already witnessed to try and gather where any clairvoyant notations might be hiding.

First off is a pretty big one for me. I can’t actually go to a theater right now. I mean, I could probably drive over to the parking lot of one if I felt particularly desperate but as it stands, I’m not to that level of mourning just yet. But even if I were to make such a burdened trek, the parking lot is as far as I would get. There is no admittance. There are no ticket sales. There’s no popcorn, candy or soda machines in operation. You couldn’t find a uniformed teenager, apathetic, overtly polite or otherwise, to save your life. The entire operation has been suspended until further notice and this is really the biggest and first step in changing the way this picture gets painted. People have been conversational about how the movie theater experience is on the decline. And while I would agree in some instances, we’ve been phasing out newspapers for a couple decades now and they don’t seem to be erased from the lexicon just yet. So I do still have faith in my multiplex. I don’t know how things will continue to change and evolve even after this crisis ends. I was just reading earlier this evening about how China has actually begun the process of reopening theaters in several areas, about 500 or so at present. Attendance is dismal, as one would expect. Just because the doors are open does not mean that fears have been completely eradicated just yet. And I’m not totally sure what would even be playing, given the convoluted nature of production studios and their global endeavors right now. In the days ahead I do wonder if the ways we are getting creative to bring content to the masses in the duration will continue to evolve our delivery methods and move towards a real thinning of theaters.

While I lament the fact that my theaters are closed at the moment, it does create a very unique vacuum of alternatives to muddle through in consuming content from the Hollywood beast. With the unprecedented closure of our traditional venue for new releases, many studios are finding alternative methods of giving the people the products they’ve already promised. In the early stages of this Coronapocalypse I was genuinely shocked when I found out that James Bond, the preeminent spy himself, was seeking out a whole new release date much further down on the latter half of the 2020 calendar. “No Time To Die”, which was schedule for release on April 10th in a nearly worldwide delivery, was the first casualty I believe I remember on the cinematic front. I was sitting at my desk when I read the first reports of this news and was taken aback. The pandemic was still mostly a somewhat contained virus and the daily news on it seemed preposterous on many fronts. As I remember sharing news of James Bond’s vacation of initial release for a Thanksgiving spot in the lineup, I spoke with a few people who were high on the list of fans to get some real emotional responses. Global viral outbreak was in its infancy as a concept so some of these kinds of measures just seemed superfluous and arbitrary. Looking for a precise date of this news on the calendar, its funny and a bit eerie to realize this was just three weeks ago. We’ve gone from the first few flicks to find their way into alternate release schedules, to total theater shut down until some point in time on the cosmic calendar we aren’t currently privy to at this juncture. But this was certainly a departure from the norm and the first twinges of curiosity swept over me when I got the news on that fateful Wednesday.

They are taking their first run flicks, typically reserved for a Thursday-Sunday opening weekend in an actual theater, and sending them straight to streaming devices for rental in this time of uncertainty.

Now its not the weirdest thing in the world for a studio to push a release. There’s a number of reasons that it can happen on a fairly organic basis. Sometimes studios realize that their competition is going to be too steep on a particular weekend and one film decides not to play chicken and search out a more favorable time frame to hit theaters. Sometimes there are edits to films or other cultural phenomenon that occur that cause studios to move releases. After the shooting in Las Vegas a few years ago, the updated “Death Wish” reboot got pushed from a fall release to the following spring to avoid propagating gun violence in the wake of a tragedy. So its not like studios never push back films for any number of reasons. It did just seem odd that it was because the implication was there would be no audience in theaters at the time of release due to mass illness or precautionary measures against such a phenomenon that would keep people from attending theatrical releases. It had this off putting sort of feeling that made things seem a bit more dire than they had previously. As a layperson in the developing catastrophe we find ourselves in at this time, it felt like the outlook at that time was not so intense. So with these people in major decision making roles calling out options like this to move films, it seemed both premature and the slightest bit ominous. However, moving films to more favorable dates on the calendar was still a call from the playbook we were at least somewhat familiar with at that point. It wasn’t long for other studios to get a bit more creative.

In response to some studios simply moving pictures out, Universal decided they were going to change the frontier and blaze some new trails. I don’t, by any means, believe that these trails were anything but entirely ready to be trod by major film studios. It was merely who was going to make the call. Traditionally films are sent out to the theaters and have around a 90 day window to exhaust that format. After that time frame came to its close, the home video version would be made available to the public. From VHS and Betamax to Blu Ray and 4K, it’s been an ever expanding empire of physical media for the consumer to bring home and enjoy on their own screen. In recent years we have seen a significant push towards digital media as a sort of replacement. Many are forgoing the cumbersome collection on shelves and entertainment centers and opting for an all or nearly all digital catalog for home viewing. While physical media has definitely been a shrinking medium, it’s not necessarily on the same path to extinction. In very recent years we have seen a decent expansion from the high definition realities of the Blu Ray revolution into the even crisper resolution of the 4K DVD. DVDs still permeate the market as well but there is definitely an ever growing interest in the digital medium as a primary means of owning your own personal theatrical collection.

First off, you have to call me Nighthawk. Hopefully you know the reference but definitely respect the moniker. (Its from Step Brothers, btw) I am your host to the North of the Cinemasters. Forged deep within the belly of a drunken volcano struck by lightning from a passing comet during the autumnal equinox, the Cinemasters were cast into existence to bring awesomeness to the realm of movie discussion to all who would gather to listen. I am the knowing things half of our namesake and I do my best to guard the sacred truths and trivia of all the movies I have watched through the years. I am a father to two righteous dudes, ages 5 and 7. When not siring them in the ways of Cinema I am absorbing as much film exposure and knowledge as I can so to bring you fine people my offerings of the written word. Ryan Reynolds is my North Star in all things filmtastic and I pledge to give you the finest commentary written and spoken I can Cine-muster.
Previous Post A Fifth of Irish Movies for St. Paddy’s Day That Goes Down Smooth
Next Post Downhill is Cringey Dramedy Done Well